I don’t know about you, but when I watch a movie, I like it to have some sweet tunes on the soundtrack. Otherwise, the experience just isn’t complete for me. Music helps you feel the atmosphere better, it serves to immerse into the story – and personally, I love that.

Now, if you’re anything like me, you’re in good luck, because I’ve got just the thing for you – the independent film “Flint Tale” and its masterful soundtrack.
Directed by Michigan-born Marc Cayce, the film follows the aftermath of the Flint Water scandal from a few years ago, when it was discovered that the water in the area was contaminated. The movie tells the tale of the disgraced chief of police following the scandal, and it’s a well-rounded, compelling journey overall.

But we’re not here to focus on the film itself, but rather the songs that accompany it. Cayce is the founder of Foremost Entertainment, the company which also produced the film, and is also heading the new-founded Foremost Records, which is the label from which most of our artists hail.

Throughout the film, we run into Intelligent Diva, with her classic hit “Sexy Walk”. Intelligent Diva has been gathering quite the following thanks to her sensual, seductive singing style, but also her powerful, compelling voice and the vivid imagery in her lyrics.

Of course, we also see artists Allegra White and Troy Laz with the catchy “Livin the Life”.

Then, we have renowned artists like Big Ty Stick, whose moving “We All We Got” really brings the message of the movie home for most viewers, as well as Michigan-born artist Bootleg, from the Dayton Family, with the track “City of Lead”, which is both gritty and evocative. 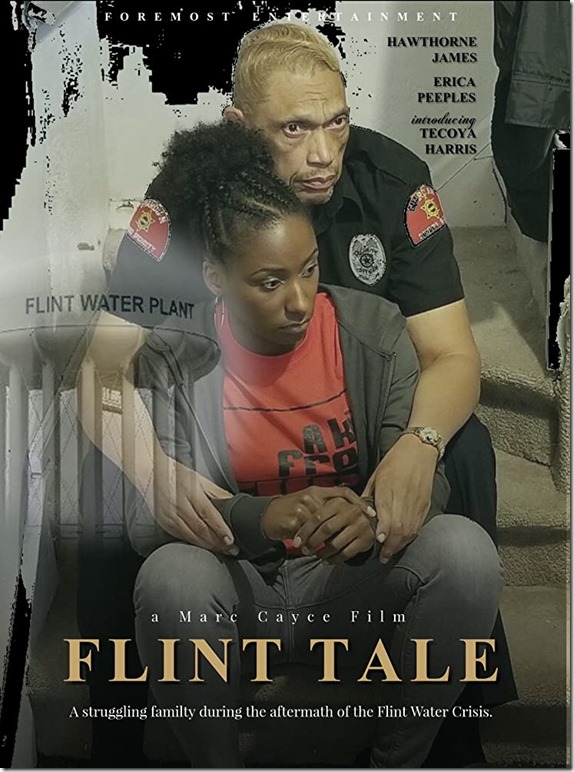 The soundtrack also welcomes a few powerful debuts: one from artist Orlando Peay, who is featured in “Flint Tale” both as a musician, with the evocative track “Couple of Days”, but also as an actor (he plays the part of an Uber driver in the film). And then, we have the debut of artist KellieKell who really puts her considerable writing talent on display with her brand new hit “Mama”.

All in all, the film is as much a visual journey as it is an auditory one, and a thoroughly delightful experience, whichever way you look at it.

LISTEN TO THE FLINTALE SOUNDTRACK ONLINE: