Their latest effort “Save Me” has just released worldwide! The music video captures a powerful story and message that the audience can relate to and discover upon viewing.

Dead Like Juliet have issued a statement on the song:

Dead Like Juliet whose sound is defined by melodic hooks and singalongs alongside heavy growls and groovy riffs. Unlike other Hardcore bands, the group shapes their raw sound with atmospheric keys and synths. 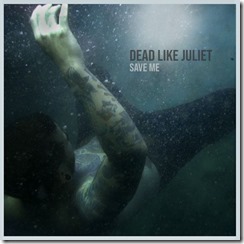